Focus on What Annoys & Frustrates Consumers to Drive Innovation

October 10, 2013 − by Jeff Bierer − in Articles of Interest, Latest News − Comments Off on Focus on What Annoys & Frustrates Consumers to Drive Innovation

The following article written by Farhad Manjoo published in Wall Street Journal 10/10/13 speaks to what I have observed through many consumer focus groups.  Consumers are not very good at suggesting the next break through innovation – we’re too tied to our existing world and product sets.  But, we are great at sharing what annoys, frustrates and drives us crazy.  These nuggets are gold.  The next step is for the marketing and engineering teams to brainstorm on solutions.

I would love to speak with you about your Innovation Process.  In the meantime, the following article is a great read.

Two years ago, Nest, a start-up founded by a group of ex-Apple AAPL +0.55%engineers and designers, unveiled a “smart” home thermostat. Folks in the tech industry responded with a familiar, collective two-step. First, puzzlement: A thermostat? Who buys thermostats? And then, when they got a chance to see the Nest in action, there was respectful envy: A thermostat! Of course!

There had been Internet-connected thermostats before Nest’s version, just as there had been digital music players before the iPod. But like Apple Inc.’s music player, the Nest thermostat was so much more clever than anything else on the market that it seemed a reinvention of the entire industry. 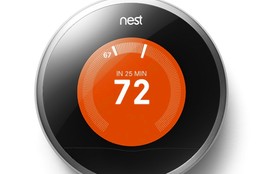 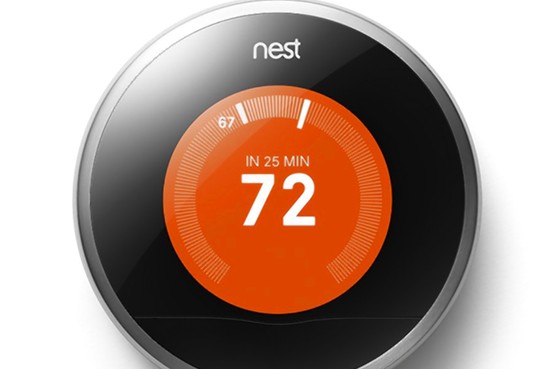 NestThe Nest Learning Thermostat programs itself and automatically saves energy when you’re away.

Rather than expect users to program their ideal temperature settings into the device—which many people never did, wasting lots of energy on unnecessary heating and cooling—Nest’s device used sensors and algorithms to “learn” your preferences and program itself. The result was a gadget so innovative it became obvious: You looked at the Nest and you thought, “Wait a second, why didn’t anyone think of this before?” (It’s not cheap, though, at $249).

I found myself mouthing the same question a few weeks ago, when Tony Fadell, the chief executive of Nest Labs Inc., showed me the company’s newest invention, a smoke and carbon-monoxide detector called Nest Protect. Like the thermostat, the Nest Protect—a $129 device that the company unveiled this week—looks more like a modernist museum piece than a household utility. And just like the thermostat, Nest’s smoke detector feels like a reinvention of the category.

But the smartest thing about the Nest Protect isn’t the device itself. I’m more impressed by what the smoke detector says about Nest’s approach to innovation. With both its products, Nest exemplifies what has become an especially promising path to invention in Silicon Valley. Call it the Andy Rooney business plan: First, find the most annoying, obvious problem that millions of people deal with every day. Then ask if things really have to be that way. 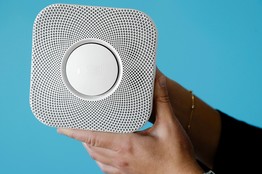 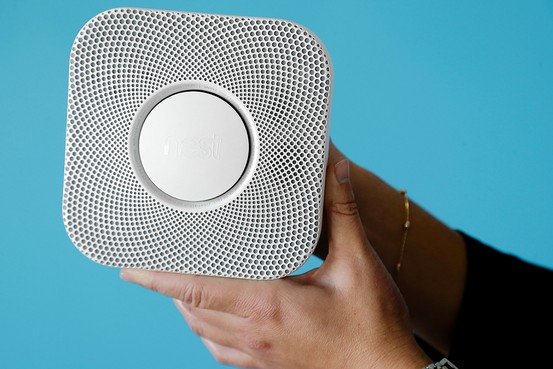 Why should we have to program our thermostats, anyway? Or why should you need to see a cab to hail it? Why not just call the closest one with a button on your phone? Also, why do you need to pay with cash at the food truck—shouldn’t the vendor be able to accept credit cards using his tablet, or, even better, shouldn’t his payment system be able to detect who you are and let you put your lunch on your tab?

After hitting on a universal annoyance, the Andy Rooney inventor applies a mix of intelligent software, cool hardware and network power to transform the frustration into an experience that feels close to exhilarating. If you’ve installed a Nest thermostat, hailed a car using Uber, or paid for lunch using Square, you’ve likely felt the same. Why hasn’t the world always worked this way?

Nest’s Protect plumbs similar ground. “They’re products that have been unloved, that are basically the same as when we were growing up,” Mr. Fadell says. Nest Protect has a sensor that can see you, allowing you to silence false alarms by waving at it. When you install multiple detectors in your house, they form a network, so that when the one in your living room sniffs out trouble, all the units issue a voice warning telling you where and why the alarm is sounding. It also has comprehensive self-diagnostic system that lets you know whenever anything with the device is amiss—no more remembering to check the devices semi-annually to see if it’s working.

Some might argue that there’s nothing especially novel about the Andy Rooney model of tech innovation. Inventors have always looked at the world and asked why, after all. That’s true, but—as Nest has shown—modern software and hardware allows them to act on the question in ways that haven’t been possible before.

Consider Square Inc., Jack Dorsey’s payment company. In the past, there was a good reason why food trucks didn’t accept credit cards—doing so was logistically onerous. But once people got smartphones, the tech hurdles melted away. At that point, you could imagine a payments system that conformed to how people wanted to pay, rather than one that worked a certain way because technology hadn’t caught up.

The Andy Rooney model is especially powerful for sectors that the tech industry has traditionally ignored—like, for instance, transportation. Over the past few years, we’ve seen a surge of new apps and devices to fix taxis, traffic and local deliveries. A lot of these problems haven’t yet been solved, but at least folks are trying.

Another promising area is health care. Why does it seem impossible to make a timely doctor’s appointment? Why isn’t it easier to email your doctor, or to access or transfer your medical records? Surely the world wasn’t meant to be this way, right? Shouldn’t we be able to fix it? (And some companies are: See the doctor-appointment site ZocDoc.)

One persistent critique of the Andy Rooney model of innovation is that it is overly concerned with bourgeois annoyances. As a tech-obsessive who lives in Silicon Valley, most of the problems I want fixed can seem shallow: I’d like retail stores to offer same-day shipping to my house; I’d like restaurants to let me pay for meals from my phone; and I desperately want my phone to direct me to nearby open parking spots. In the same way, Nest, Uber, Square and many other hot start-ups do seem to be offering high-class solutions for rich-people’s problems.

But that’s myopic. Mr. Fadell points out that Nest’s thermostat could save people up to hundreds of dollars a year in energy costs. By minimizing the scourge of false alarms, the Nest Protect could help save lives—so it isn’t just a high-end bauble. And remember that over time, the price of digital innovations tends to fall. Today’s $129 smoke alarm will cost half as much tomorrow, and then it will cost even less. At that point, it won’t seem trivial that a bunch of rich start-up guys looked at the modern world and asked: Why is everything so unbearable?Write to Farhad Manjoo at farhad.manjoo@wsj.com

A version of this article appeared October 10, 2013, on page B1 in the U.S. edition of The Wall Street Journal, with the headline: Big Innovation in Small Annoyances.